The Secret of My Birth by Harriet E. Michael

I had a very different childhood from many of you who. I was born in Nigeria, West Africa in the late 1950’s (yes, I’m that old, and I’m ok with it.) My memories of life in Africa are filled with running barefoot on hot days, the smell of the tropical rains, strange animals, that didn’t seem so strange at the time, and people with an assortment of skin colors pouring their love on me.

Joinkrama, where I was born, is located in what was then the Eastern Region of Nigeria but is today called “Rivers State” in the Niger River delta. Joinkrama is located in the small part of Nigeria that is in the tropical rain forest. It is an area of jungles. There were monkeys swinging in the trees outside of my house, elephants that occasionally tromped close enough to the village to be a danger to the villagers, and crocodiles in the river. The buildings were raised, for the occasions when the river overflowed its banks. It was in this remote part of the African jungle that I was born.

There are two stories about my birth …
One story has it that when my mother went in labor with me, she walked down a little jungle path to the hospital with my brother and sister in tow. According to this story, my father delivered me at the hospital and then sent us back to convalesce at home. My mother was sent home on a stretcher with me in her arms, carried by four men. Seeing us carried like that, the villagers assumed we had both died and began to weep and wail! Realizing what they thought, my mother quickly sat up, smiled, and waved so the people could see she was alive. Then, she lifted me up for them to see as well. The people’s weeping turned into dancing (literally) and they followed us home in a joyful procession! –that’s one story.

But my dad told me the other story when I was a little girl.
Daddy told me that the stork was on his way to London, England—to Buckingham palace—carrying in his beak the newest member of the royal family, a little princess. (Me, of course!) Unfortunately, he developed hiccups, just as he was flying in the airspace above Joinkrama. ... I don’t know where the stork lives, but apparently to get to London, it involves a trip over the Niger River delta. Overcome by one giant hiccup, the stork did something he had never done before—he dropped his bundle!

My father told me that he just happened to be walking home down that little jungle path when a bundle fell from the sky right into his arms! He said he knew immediately what had happened! …Now, my father never explained just how he knew all about the royal family, the stork’s hiccups, and so on, but my father is a man of integrity so I never doubted his story!
“So you see” my father would conclude, “You are really a princess!”

According to the Bible, I really am a princess!! I am a child of the King!
“The Spirit Himself bears witness with our spirit that we are children of God, and if children, heirs also, heirs of God, and fellow heirs with Christ, if indeed we suffer with him in order that we may also be glorified with Him.” Romans 8:16-18 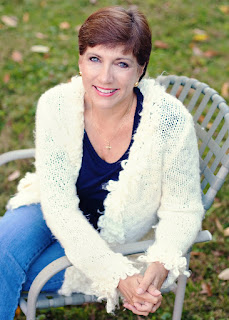 Born in , , as the daughter of missionaries, Harriet Michael is a writer, gardener, wife of over 35 years, mother of four, and grandmother of one.

Harriet is a member of American Christian Fiction Writers and Louisville Christian Writers. Her book, Prayer: It’s Not About You, a finalist in the 2011 Women of Faith book contest, is available at Amazon.