What I Did on Summer Vacation - NOT!

I've wondered and prayed for days about how to write this blog post. Last night, I couldn't sleep and began reading. The book shared stories of hurting people, and within their stories, I found my "how-to" for this blog - just write it openly and honestly, with lots of prayer.

Our plans for the summer here at WIP and PNP were to host the Joy Tour, with a Beach Party Bingo. Except a few weeks into the event, I was waylaid. Big time.

Luke shares this story in his eighth chapter:

And a woman who had a hemorrhage for twelve years, and could not be healed by anyone,  came up behind Him and touched the fringe of His cloak, and immediately her hemorrhage stopped.  And Jesus said, “Who is the one who touched Me?” And while they were all denying it, Peter said, “Master, the people are crowding and pressing in on You.”  But Jesus said, “Someone did touch Me, for I was aware that power had gone out of Me.”  When the woman saw that she had not escaped notice, she came trembling and fell down before Him, and declared in the presence of all the people the reason why she had touched Him, and how she had been immediately healed.  And He said to her, “Daughter, your faith has made you well; go in peace.” (Luke 8:43-48 NASB)


Well, this summer, I identify with that woman. Thankfully not for twelve years, but for seven long, brutal months. Since February. The longer it went on, the stronger it got, and the weaker I became. Right before we left for St. Louis, I read that Cod Liver Oil would help, so I chugged the stuff the week before and all during that week, and thankfully, I was able to function without any major mishaps (like Greenville. I'll spare you the details, and I know you're grateful.) Did you know that Cod Liver Oil tastes like orange creamsicle. No, I'm not kidding, and no, I've not lost my mind. The stuff was actually GOOD.

But once I got home from St. Louis, I crashed. A couple of weeks later, I took a turn for the worse, and had Tim drive me to the emergency room. As they were admitting me - paperwork and vital signs (no needles at this point, for those of you who know my normal reaction to those) - I had a seizure that lasted three to four minutes. One minute I was in the doorway being wheeled toward a room, and the next minute, I was in the room and they were attempting to get me on a table with an IV in my arm. Have no recollection of what happened in between. (And we have no explanation for the seizure, except possible dehydration.)

My blood count taught me something I did not know. Normal blood count is 12. They give transfusions with a blood count of 7. Mine was at 8.

Because I have no insurance - have had none since I became a full-time freelancer in 2005 - they sent me home, doing nothing more for me than an IV drip of fluids and taking a CBC. They told me to get plenty of rest and call a gynecologist. After days of calling clinics, doctors, health departments to no avail - they either wanted too much money in advance, they didn't take cash patients at all, or they weren't booking appointments again until October - Tim and I decided to just doctor me at home.

I'm now taking lots of supplements, eating plenty of iron-rich foods, drinking lots of fluids filled with electrolytes (water wasn't enough), and resting entirely too much for my own sanity or for my regular schedule. One week ago today, the flow stopped, and I am beginning to feel human again. I've quit fainting when I take showers, I've cooked dinner a couple of times, and I actually walked through a grocery store yesterday for the first time since June.

I've also been back in the office full-time for a week. I'm still trying to get caught up, and find myself explaining delays several times a day - so I decided to share my saga here. It's not something I wanted to share, and not something I felt I should or could share until tonight, but after much prayer, and a dose of humility, I began typing.

We'll get things back on track here in the coming weeks - we already have some fun things in the works. And yes, we're still giving away the huge gift basket at the end of this month - stay tuned for it. You can visit this blog post for our last entry to see how to enter, or to get more entries.

The Lord gave me JOY as the word for this year. And it's our theme for the summer. In the midst of this trial - and a few others tossed my way at the same time (BIG SIGH) - I can honestly and fervently repeat James' words:

Consider it all joy, my brethren, when you encounter various trials, knowing that the testing of your faith produces endurance. And let endurance have its perfect result, so that you may be perfect and complete, lacking in nothing. (James 1:2-4 NASB)

Count it all JOY. Because it produces ENDURANCE. I've learned endurance. I'm in this life for the long haul, to tell people about Jesus, and to share the message of Jesus through our books, through our actions, through our very lives. He loves YOU and don't you forget it. He died for YOU - so that YOU might spend eternity with HIM. Tell that to someone TODAY. Right NOW. And if you don't know Jesus, I'd love to tell you more about Him - just leave a comment or send me an e-mail - editor [at] writeintegrity [dot] com. He's the Love of my life!! No, He doesn't promise a pain-free, hassle-free life here on earth - but He does promise a life everlasting with Him that IS pain-free and hassle-free when we get to Heaven. Will I see you there?


The JOY of the Lord is my strength. He supplies it all. 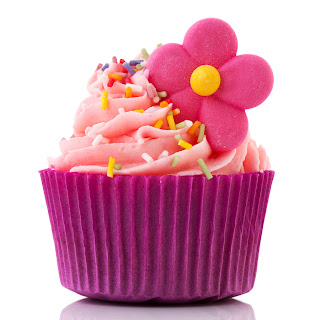 I can't end this post without saying a special thank you to our authors for their patience, their prayers, their support, their encouragement, their love, and their patience (yes, I said it twice - because they've been so incredibly patient!) Thank you for standing in the gap for me, and for being women who encourage, inspire, challenge, delight, and deliver. And for writing stories that encourage, inspire, challenge, delight, and deliver. What a blessing you are. And thank you for making my 50th birthday so fun! I love y'all!!

And a special thank you to my husband Tim. He has taken on so much this summer - and taken such good care of me. God blesses me hourly with this precious man, and I'm so grateful.

PS: Merriam-Webster defines menopause as "the natural cessation of menstruation that usually occurs between the ages of 45 and 55; also : the period during which such cessation occurs ." One thing that has puzzled me all summer long is WHY women dread menopause? I just keep longing to get INTO it. They need a new word (besides the cutesy and totally inappropriate 'peri-menopause' that I was introduced to when I was 28) to describe the year or two just PRIOR to menopause. Who wants to help me coin a new word? Suggestions?