The Art of Characterization

Write Integrity Press is excited to announce the release of our first nonfiction title. (Our other nonfiction titles have been published under the Pix-N-Pens imprint.) To celebrate the launch of The Art of Characterization, author Fay Lamb has a special offer for writers! 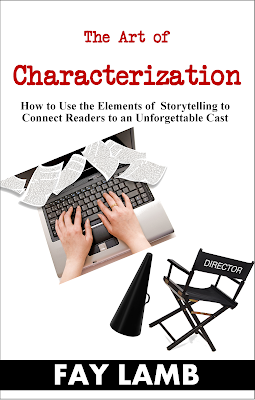 Put on your director’s cap and prepare to set your story world’s stage with memorable scenes and unforgettable characters.

Great storytelling isn’t done haphazardly. Storytelling is an art which requires practice to master. In The Art of Characterization authors are shown elements of storytelling which, when practiced correctly, utilizes forward–moving description and back story, deep point of view, dialogue, and conflict to create a cast of characters readers will never forget. 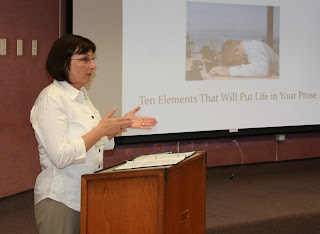 Fay Lamb is an acquisition editor for a Christian publisher. She also provides freelance fiction edits. Fay loves to work with authors, and she is known as the Tactical Editor on Facebook where she offers practical advice for self-editing and interacts with readers on a wide range of questions and concerns.

Fay’s emotionally charged novels remind the reader that God is always in the details. Fay has contracted with Write Integrity Press for three separate series in three different genres.
Fay motivates authors with her workshops on the elements of storytelling. She is a past-secretary for American Christian Fiction Writers. Past President of the Central Florida chapter of American Christian Fiction Writer’s. She served for four years as the moderator for ACFW’s critique group, Scribes.

At the end of The Art of Characterization, Fay provides a writing exercise to help writers master the craft. We've included an exciting offer to go along with the writing exercise. It's available for both the print and eBook, but the eBook is the one with the details. For those of you who like book in hand, here are those details: Buy this book (in either format) and one of Fay's other books (in either format), and she'll give you a free critique of the first 1,000 words of the scene you write based on the exercise. If you wish to take advantage of this offer, e-mail Fay (fay [at] faylamb [dot] com) a copy of your receipts for both books along with the exercise. Please allow her five (5) days to get your critique back to you. This offer is only good through October 31, 2013.

Get your copy of The Art of Characterization here: 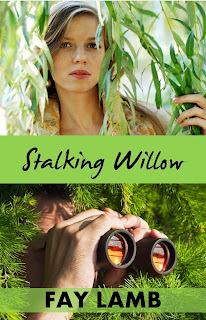 Bitterness, a stalker, and a neighbor to die for. What's a girl to do?

Trailed by a stalker in New York City, Willow Thomas, a young ad executive, scurries back to her small North Carolina hometown and the lake house where ten years earlier a scandal revealed her entire life had been a lie, and a seed of bitterness took root in her soul. The cocoon of safety Willow feels upon her arrival home soon unravels when she meets opposition from her family, faces the man she left behind, and the stalker reveals he is close on her heels.

Can Willow learn to trust God to tear out her roots of resentment, reunite her family, ferret out a deadly stalker, and to rekindle the love she left behind? 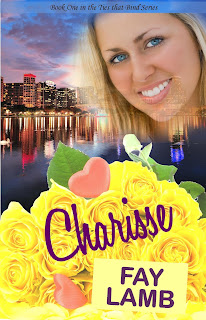 Gideon Tabor can’t believe that the woman interviewing for the job is the girl he loved in high school. Charisse is hesitant about accepting his job offer, and when she does, Gideon makes every attempt to apologize for his relationship-ending blunder in high school. Charisse accepts his apology, but she keeps him at a distance. When Gideon learns that Charisse’s anger actually stems from his release of the man who ran down her husband, he tries to explain, but Charisse doesn’t want Gideon’s excuses or the love he has to offer.

She wants her husband’s killer to pay.