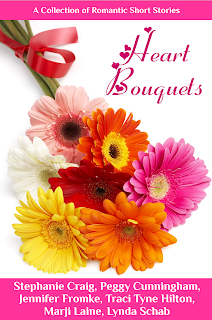 We wrap up our Special Valentine's with a new-to-us author. Pix-N-Pens will be releasing Peggy Cunningham's children's book series Really Rare Rabbits, with the first book coming out next month.

(Heart Bouquets is still only 99 cents!)

I'll let Peggy share her favorites in her own words:

When we were on home staff for a few years in FL, we would go to Steak n Ale on Valentine's Day for their afternoon Prime Rib Special. When we travel to and from the States on our furloughs we tried to always visit that restaurant in Fl, and it is always a romantic afternoon for us and such special memories.

In our hometown, there was an ice cream shoppe we went to everyday after school. It fits in the story because Chuck was always there too, and  always managed to sit with my friends and me—even other boyfriends I had allowed him to sit with us. We always ate Caramel Cashew Sundaes. Such sweet memories!

This goes back to our first year of marriage in 1966. Chuck was in the Air Force, we survived on an airman's meager salary. McDonalds was new and we could afford the 19 cent hamburger meal. It is still our favorite restaurant in the States. When we arrive at the Miami Airport from Bolivia, the first thing we do is head to McDonalds for that little hamburger.

You Light Up My Life by Debbie Boone

This has been our special song for many years. Our daughter began singing it too when she was three years old. She would sing it over and over everyday–– making it even more special to us. 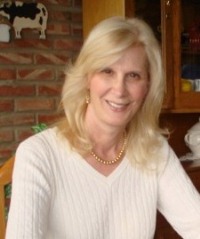 Peggy Cunningham and her husband, Chuck have served as missionaries in Bolivia, South America, since 1981. In 1999, they founded Rumi Rancho Ministries. Rumi Rancho is their ministry base and home outside the city of Cochabamba where they work with the Quechua people and have a children’s ministry, teaching practical skills to underprivileged children in rural areas of Bolivia while reaching them for Christ. They also work with national churches, equipping them to take the gospel to their own people. Peggy is also a writer and contributes to several Christian publications regularly. She’s also been published in several anthologies and recently signed a contract with Pix-N-Pens Publishing for a three-book children’s series. The first book of the series will be released in March, 2013.
Visit Peggy's website.