Are You Still Remembering the SACRIFICE? 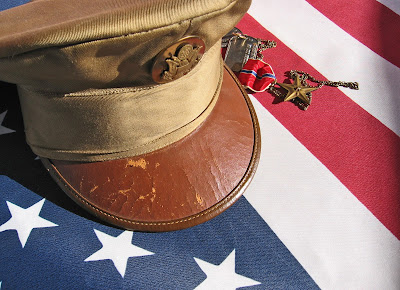 Now that Veteran’s Day has passed, are you still remembering the heroes who sacrificed their lives so that our nation would remain free? Or, did you pack away those patriotic memories and feelings so you can easily access them again on Memorial Day?

Are you still remembering the SACRIFICE … of the Heroic Soldiers?

Total commitment is what President Abraham Lincoln had in mind when he spoke these words during the dedication of the Soldiers’ National Cemetery at Gettysburg, Pennsylvania, November 19, 1863:


“Four score and seven years ago our fathers
brought forth on this continent,
a new nation,
conceived in liberty,
and dedicated to the proposition
that all men are created equal.”

President Lincoln helped the audience be cognizant of the heroes’ sacrifice as they remembered the past, recognized the present situation, and looked to the future. They were reminded of the reasons for breaking ties with England and signing the Declaration of Independence that established the new nation, under God, upon the concept of “life, liberty and the pursuit of happiness.” The President explained that the “great civil war” was being fought to test the country’s ability to endure.

Lincoln reminded them of the unfinished work of the nation and
admonished the living to dedicate themselves to continue the work so that this “nation, under God” would endure and not “perish from the earth.”

Are you still remembering the SACRIFIC E… of our Merciful Savior?

Just as President Lincoln’s address prompted his audience to remember the past, recognize the present situation, and look to the future, we as Christ-followers must do the same.

Before we became Christ-followers we were sinful people at odds with holy God—we were spiritually dead!

This, of course, is referring to His sacrificial death on the cross when sinless Jesus Christ stepped in and did what we could not do. Now, Christ-followers are redeemed, free to live as His children, new creations being transformed by the power of the Holy Spirit as we rest in the finished work of Christ. And, we have the glorious assurance of eternal life with Christ!

So, what must we remember about SACRIFICE?

The unfinished work of our nation will not be completed by America’s military.

Each one of us must also sacrifice as we fight the subtle war that threatens our nation, the spiritual, economic, and political battles we face daily to maintain the often taken for granted freedoms we now enjoy.

Thankfully, the work of our redemption in Christ Jesus is finished! However, we must remain
cognizant the Ultimate Sacrifice—Jesus Christ—Who gave His life so that in Him we would have freedom that brings eternal life, and freedom to walk in the newness of life through the power of the Holy Spirit.

As our grateful response for this sacrifice, Christ-followers present themselves as living sacrifices to God (Romans 12:1), giving Him 100% of themselves as they serve Him.


May you be strengthened with all power,
according to his glorious might,
for all endurance and patience with joy.
Colossians 1:11

*All Scripture passages are from the New King James Version of the Bible.

Glad to see Shirley Crowder on this blog!! Just found it today. As the article reminds us to be thankful not just on Veteran's Day but every day, yes! I am thankful for our service men and women and the freedom they have secured for us in America. What a great reminder, too, of our Savior's Ultimate sacrifice! Thanks, Shirley. [Sign me up for the newsletter, and the 12 days of Christmas book giveaway!]