Elizabeth's e-book, IMPERFECT BONDS, is on sale this week for only 99¢ at Amazon. Buy it here.

Inspiration comes in the oddest and funniest ways.

While working on Imperfect Bonds, the third book in The Imperfect Series, I hit a snag. The story needed a scene that would show the attraction and antagonism smoldering between my two main (volatile) characters, but all I could come up with was blah-bland. I needed zip, zest, something snappy, sassy, and maybe even a tiny bit spicy.

I often keep music on in the background while I write, something soft and unobtrusive, typically classical or easy listening. On this particular morning while I struggled with the problematic scene, for whatever reason I had turned the TV to a classic country music channel. The twangy voice of Buck Owens started up in one of his number one hits—I’ve Got a Tiger by the Tail.

The catchy tune captured my attention and before long I found myself belting out the lyrics along with Buck and his Buckaroos. All the while a new scene began to percolate in the back of my mind—feisty former calf-roping rodeo champion butts heads with supremely confident Navy SEAL-turned-deputy, or How to Hogtie a Deputy: 101.

The scene didn’t unfold as easily as you might imagine, though. Sometimes what you envision in your mind doesn’t translate into reality. Imagine me, a senior citizen, lying on the floor, contorting through some of scene’s antics to see if they could really work. Yeah, I laughed, too. Now, imagine my honey walking in with a worried look on his face and asking, “Do I need to call 911?”

That scene remains one of my all-time faves from the Imperfect archives. I had such a blast writing it! 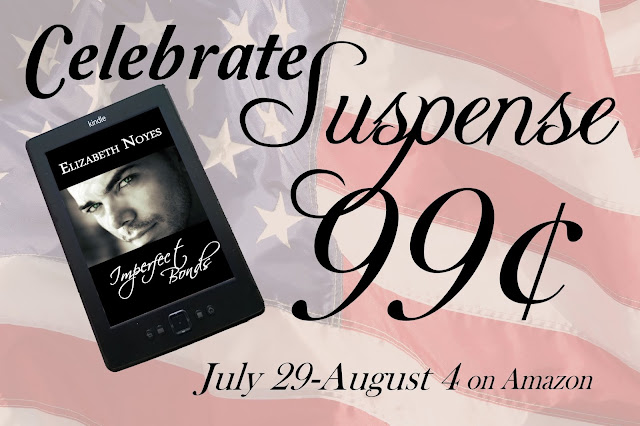 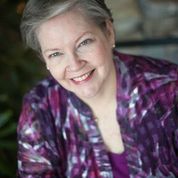 Elizabeth Noyes—professional writer, aspiring author, dedicated dreamer—lives in the suburbs of Atlanta with her husband and best friend, Paul, who listens tirelessly while she regales him with all the tales in her head of damaged, but very human characters clamoring to be heard.

A native of the Deep South, she claims to still “speak the language,” even after traveling around the world for most of her adult life. Recently retired from a career as a professional business writer and editor, she now fills her days editing, critiquing, reading, playing with the grandkids, learning more about Social Media than she ever wanted, and putting her stories into words to share with others.

Learn more about Elizabeth at her author page on www.WriteIntegrity.com/authors
at 10:47:00 PM