Joan Campbell posts Chapter One Part Two in The Christmas Tree Treasure Hunt on her blog today, so drop over there to continue reading her story.

Chapter Two in The Christmas Tree Treasure Hunt is written by Ruth O'Neil. You can read Part One her blog today, and Part Two tomorrow. Today, we're happy to share with you Ruth's Favorite Christmas Memory and Recipe.


The Christmas Gift
By Ruth O'Neil 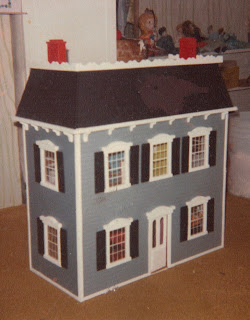 Christmas is a time for making memories with your family. I have so many sweet memories it’s hard to share only one.

There was the one Christmas my brother gave our youngest sister a jar full of green M&M’s. Green ones were her favorite.  For six months before Christmas, every time my mom bought a bag, she would give it to my brother first to pick out most of the green ones. We had all been wondering why the green candies were so few and far between!

I also remember getting up early on Christmas morning to put homemade presents at my parents’ bedroom door so they would see them first thing. The gifts were things like pictures I had painted and made frames for from sticks I found in the yard or bookmarks made from a variety of materials.

Us kids would get up early and break out the stockings; that was the one thing we were allowed to get into before a reasonable hour when my parents would get up.

My Mom made our stockings out of a knit fabric. She said that was the worst mistake she ever made because every year the fabric stretched a little bit more, forcing her to buy more trinkets to fill them full.

Then there was my brother and my Grandmother. Every year he would correctly guess all the gifts that she had bought him. While he and my Mom knew the secret for a long time, they did eventually tell the rest of us the trick. Grandma would always color code her presents. If it was a blue shirt inside, it was wrapped in the telltale shirt box and there was a blue ribbon on the outside.

And who can forget all those ornaments kids make at school and Sunday school around the holidays. They almost always involved a lot of glue, a lot of glitter, and cotton balls. My Mom kept them all, even when we begged her to throw them away and get some new ornaments. She said they were precious to her and she couldn’t throw them away. 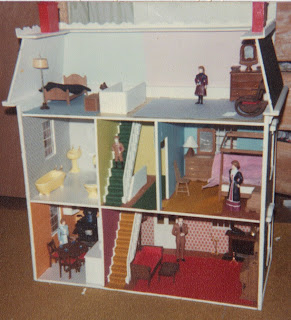 But there is one memory that sticks out in my mind: a dollhouse from my Grandfather.

My grandfather and I were never very close. He was closer with my brother as he was the only boy and they had much more in common. That Christmas we were sitting around my grandparent’s living room opening our presents. I seemed to be finished before my siblings, but I didn’t really think about it too much. I figured I just unwrapped faster. Then when things had settled down a little bit, Grandpa made a big show of bringing in the present for me that couldn’t be wrapped. It was a beautiful dollhouse that he built himself.

That dollhouse was one of those gifts that showed me he really did love me. I was hoping that this would enable us to build a deeper relationship. I wanted him to want to be around me and do special things with me as he did my bother.

However, that was not to be. My grandfather passed away the following year.
I treasured that dollhouse and played with it for years to come. When I got married and moved out of my parents’ home, the dollhouse came with me. I still have that dollhouse today and it’s been more than 30 years since my Grandfather gave it to me. It is one of those gifts that come with a precious memory. I think of him every time I look at it.

(This is another Christmas memory. This recipe was passed down from my Grandmother.  My mother would make this delicious sweet bread for breakfast many Christmas mornings. I have carried on that tradition and make it for my own family every year.)

Dissolve yeast in hot water. Let stand. Pour hot milk over ¼ cup butter, ¼ cup sugar, and the salt. Cool to lukewarm. Add yeast, egg, and 1 ½ cups flour. Beat until smooth. Beat in remaining flour and knead till smooth and satiny. Put in greased bowl, turn once and cover. Let rise till doubled. Punch down and let rise again. Divide dough into three parts. Roll into rectangles. Brush with soft butter. Mix ½ cup sugar, the cinnamon and the nutmeg. Sprinkle on dough. Roll tightly from the narrow side. Put on greased cookie sheet and braid tightly. Pinch ends together. Let rise ½ hour. Brush top with butter. Bake 350* for 30 minutes. Cool and frost with a mixture of powdered sugar, milk and vanilla.

Ruth O’Neil has been writing for over 20 years. She has published hundreds of articles in numerous publications, including one of the letters in Love Letters from the Heart, published by Pix-N-Pens earlier this year. She has also published a cookbook for kids and is in the process of publishing her first novel Come Eat at My Table. She homeschools her three children (well, one now really, as two have graduated). She and her husband have been married for 20-plus years. In her spare time she enjoys quilting, crafting, and reading. 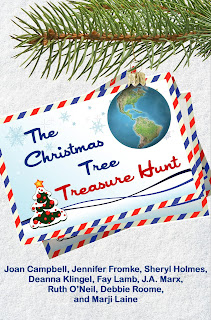 Don't forget to pop over and join all the fun at
Magnificent Hope's Christmas Party! 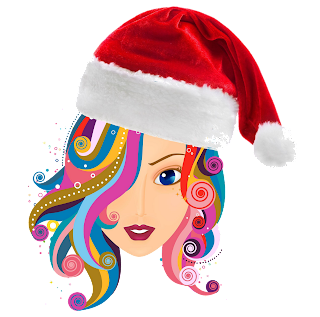