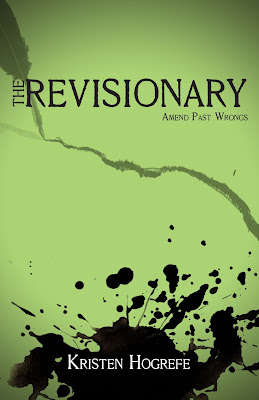 We're so excited to launch the first book of this new dystopian series! Kristen Hogrefe merges the action and adventure of the post-apocalypse with the richness of a historical. Who would believe these two could come together so perfectly?

But the setting is only the first best thing about this book. Portia Abernathy is a most unexpected heroine. Physically impaired and petite, this blonde has one goal: to arrange her brother's release from the satellite.

Nineteen-year-old Portia Abernathy plans to earn a Dome seat and rewrite the Codex rules to rescue her exiled brother. Her journey demands answers from the past civilization, but uncovering the truth means breaking the rules she set out to rewrite.
Where will the world be in 2149? If citizens forget their past, they will be lost in an identity crisis. That's exactly the state of the American Socialists United (ASU). This dystopian story opens in Cube 1519, a ghetto where the only use for obsolete cell phones is to throw them like rocks at mongrels. Portia and her father survive like many other citizens, with no electricity or technology and no expectation for a better life. 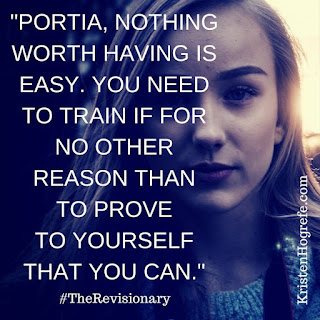 Some people are born with defects like mine. Others are damaged at the hand of another.
Lying flat on a frayed mat, I tug one leg and then the next to my stomach to stretch the tension in my back. Dawn streaks through the cracked pane above me, brightening the dull gray outline of my graduation uniform to navy blue.
I stand and tip-toe across the loft room’s cold wood floor. Pulling up the hem of my sack pajamas, I strap on my thigh holster and then try not to trip while climbing down the ladder. Whoever owned the rag dress before me must have been a good foot taller.
Dad is asleep on his mattress, which takes up half the room downstairs. The other half is our kitchen and wooden table.
We’ve called this converted barn home ever since our ration reduction ten years ago. Ever since the Court convicted Darius and our family shrank to two.
I start the fire and add water to the cast iron tea kettle. Dad says there are rumors of electricity being restored in some of the squares for the first time in decades. For me, a hearth works just as well.
With the kettle set to heat, I slip out back to use the shower stall, pausing only to grab a towel and the wishbone from last night’s wild turkey.
I’ve no sooner shut the door than the growling begins—and I double check the latch. It will hold. I reach for the lye soap and twist open the rusty metal spigot. The cold water drizzles onto my shoulders and dances down my skin. I shiver deliciously. This must be the feeling that makes little sparrows cavort in puddles.
My mind wakes up by spinning lines of verse. I work them out by singing a low alto tune, the best I can manage early in the morning.
Mongrel,
my friend or foe?
If foe, then off you go.
If friend, then don’t bite me but a
wishbone.
The growling resumes, louder this time. Either the alley mongrel is extra hungry today, or another mutt has crossed its territory. I shut off the tap, mop the water off my skin with a threadbare towel, and rub dry my pixie-cut hair. 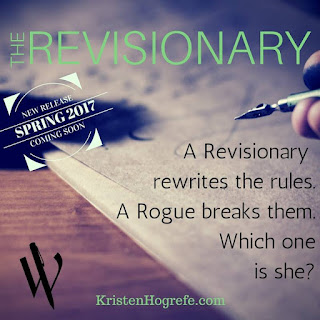 Then, I redress and reach for my Taser. Dad insisted I apply for a permit to carry one when medical pulled me out of a physical education course on account of my back. He figured that if I can’t run from danger, I should at least be able to aim at it. The process took a few years and required a security elective class, but the trade-off was worth the hassle.
There are some things in life no one can outrun.
I press my body tightly against the stall frame and peak through a fractured panel. A mutt with matted gray hair and one good eye paws at the door. I relax and re-holster my Taser. I won’t need it today. Our alley mongrel is testy but harmless.
I crack open the door and toss the wishbone into the woods. The mongrel bounds after it, and I hurry to the kitchen where my tea kettle puffs steam and whistles like the boy who used to live next door. The simple fragrance of tea and oatmeal wakes Dad, and he joins me at the table. The bench groans under his weight. His mechanical work and years of physical labor have built his naturally thick frame to the size of an ox.
Well, at least compared to me. I’m barely five-feet tall. My mom was small too, or so Dad tells me.
We sip our tea in silence. I won’t waste words with another argument.
Dad doesn’t want the draft board to call my name. I do. Today, one of us will get our way.
Only the hearth heard those long debates between us. Its crackling tongue, like an old gossip, provokes my memory.
I was a child of nine, unable to sleep in a room bereaved of a brother. “Can’t we bring Darius back?”
“Sweetheart, we can’t change the ruling. Only the Court could if someone amended the satellite sentencing laws.”
“Who could do that?”
His eyes had betrayed the hopelessness of such a reversal, but for my sake, he offered one possibility, one he later regretted. “Why, that would be our Dome Revisionaries. They interpret our Codex, or law book, and decide how to apply or improve it.”
Dad never gambled his little girl would pursue training as a Revisionary candidate, but that’s exactly what I did. My scores in school climbed to the top of the charts. I used my accomplishments in language arts, Revisionary theory, debate, and logic as leverage to persuade my professors to enroll me in a Revisionary undergrad program I finished two years early.
But my achievements frightened Dad. “Do you want the draft board to notice you?” He demanded.
“Yes, I do.”
“The draft is what Darius defied. I may never see you again if you are drafted.”
“We’ll never see Darius again if I don’t try.”
“Darius may already be dead.”
“But he might still be alive.”
“There’s no guarantee you’ll succeed.”
“There’s the chance that I might. You said yourself it’s the only way to change the rules and bring Darius back.”
“I’ll find another way.”
“There isn’t one.”
Dad gave in, but something changed. Many nights and weekends, he never came home. When he did, he looked like soot and smelled like earth. I bandaged everything from cuts to broken fingers, but nothing kept him from leaving again the next night.
Once, I tried to follow him, but he caught me. My gentle father transformed into a ferociously protective papa bear. His warning and whipping sent my feet scrambling home as fast as my sore backside could manage.
After that, I never asked where he went, and he never offered to explain.
When Dad was home in the evening, he invented a game called “Forget and Remember” to help me focus on what we had, not on what we had lost. In the firelight of our small hearth, I also spun my verses. He especially liked the ones that included a riddle for him to solve. Those dusk hours are some of my happiest memories.
To most, the man across the table from me is nothing but an old broken Tooler with knobby fingers and dirty nails. To me, he is everything left that’s kind and lovely in the world.
The hearth’s chattering fades.
“You’d better hurry up and get dressed.” Dad stands and starts for the door. “You don’t want to miss the train.”
“Where are you going?”
He puts on his leathery hat. “I have something to do first.”
My lip trembles in disappointment. I had hoped he would walk with me today. “Promise you’ll meet me at the station.” 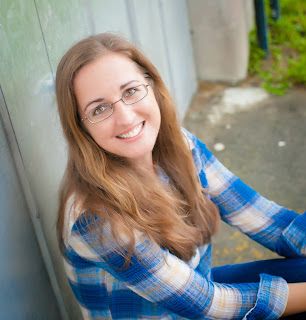 His hand slides off the door latch and reaches for my chin. “Of course, sweetheart.” Dad pauses and takes a deep breath. “Even if attendance weren’t mandatory, I wouldn’t miss the train. My brave girl’s quest is a fool’s errand, but I’m proud of her spirit.”
I search his deep brown eyes, so much like Darius’s. “Are we not all fools for those we love?”
He smiles and is gone.

Get Your Copy and "Meet" the Author!

THE REVISIONARY is now available in print and e-book at Amazon. Get your copy HERE! But that's not all.

In just over an hour, (7PM Central) Kristen will chat with our WIP executive editor, Marji Laine Clubine. Get the inside story on this book and the dystopian genre, in general! Here's the link to Blogtalk Radio, the "Along Came a Writer" Network!
at 6:13:00 PM