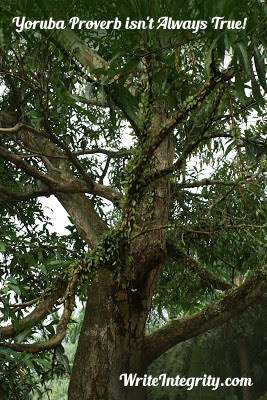 This is a Yoruba proverb which translated into English says, “Twenty children cannot play together for twenty years.”

The Yoruba people are native to the country of Nigeria, West Africa where I was born and spent my childhood. They use proverbs often to explain the world around them. This proverb belongs to the category of “simple truth”—proverbs used to explain simple truths. It means people grow and make new friends. They move away and do not stay with the same group of people who were their childhood playmates. Some English expressions with the same meaning might be, “life goes on”, “times change and we must change with them”, or “nothing stays the same.”

Well, my group of childhood friends is the exception to this truth. Though we grew, changed, moved apart, and became very different individuals living in many different parts of the USA and even the world, we nonetheless managed to remain close friends. This unique group of individuals, who shared a common childhood in Nigeria in our beloved tropical homeland half a world away from where most of us live now, grew up calling each other’s parents aunt and uncle. Even as adults, we still feel a kindredship as though we are family—cousins perhaps. 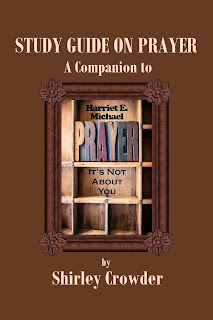 One of my missionary cousins is Shirley Crowder. Some years ago, at a mission reunion, she handed me a book to which she had contributed. That was the first time I knew she was a writer. I don’t know when she discovered that I was a writer, too, but a few years ago, she suggested that we prayerfully consider writing a devotional book together. Through that experience, we learned that we work well together. We have similar views on scripture but different strengths when it comes to writing.

Since that first book, we have worked and continue to work together on other projects. She wrote a STUDY GUIDE to my book, PRAYER: IT'S NOT ABOUT YOU, and now we are working on two more books in our prayer series which will be released in the coming months by Write Integrity Press's nonfiction line, PixNPens.
So, I guess it could be said that I am once again “playing” with my childhood friend in spite of a lot more than twenty years having passed since we played together happily beneath the shade of mango trees.


Harriet E. Michael is a writer, gardener, wife of over 35 years, mother of four, and grandmother of one. Her first book with Pix-N-Pens Publishing, PRAYER: IT'S NOT ABOUT YOU, began an unexpected series she now calls the Prayer Project.

In coming months, this project will release its third book, a devotional on prayer. In 2018, she and her writing partner, Shirley Crowder, will release the final book, an anthology of prayer and the stories around them.

Learn more about Harriet and her books on her author page at WriteIntegrity.com.
at 9:52:00 AM