Born in the jungles of the Niger River Delta, my memories of family road trips are filled with adventure. My parents were missionaries to Nigeria, West Africa in the late 1950’s and early 1960’s. Road trips back then involved packing lunches, and drinks because there were no restaurants along the way. No, our roads had only bush, small villages, and more bush. Bush was the term for the Nigerian landscape. 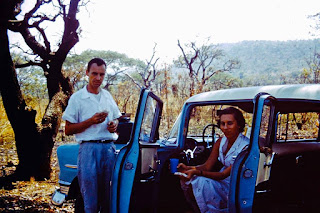 Though we could sometimes fill our tanks with petrol, as it was called, the petrol stations did not have bathrooms. So, the bush was used for both our bathroom stops as well as lunch stops. But nothing is quite as wonderful as stopping along the side of a rural African road, parking under a lush tree, getting out of a hot car that had no air conditioning, and lunching on tomato sandwiches, peanuts, bananas, and cold Kool-Aid, from an ice chest.

Most of my childhood road trips were hot. But there was one exception. Once when my father was traveling home from a preaching engagement with my little sister and me along for the ride; a rock from the dirt road flicked into our windshield. This was before the days of shatterproof glass and the rock shattered our windshield. Fearing glass would blow onto us as we traveled the rest of the way home, my dad stopped and carefully removed the entire windshield, one little piece at a time.

This would have been a good idea, except for the fact that it was rainy season. Sure enough a sudden rain storm blew up and my father had to drive with the rain pouring in on him. He told my sister and me to get in the floor of the back seat so the front seats would partially block the incoming water. I remember thinking it was one of the grandest adventures I had ever experienced. My sister and I hunched down in the back, each behind a seat and giggled at each other as the water pooled at our feet. I don’t think it was as much fun for my poor dad though. He drove slowly on ahead in spite of the rain in his face. When we arrived home, we took warm baths and then my mom made hot cocoa. That too was an adventure! I had never had hot cocoa in Africa before ... or since. 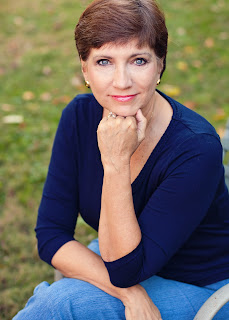 Born in Nigeria, West Africa, as the daughter of missionaries, Harriet E. Michael is a writer, gardener, wife of over 35 years, mother of four, and grandmother of one.
She holds a BS in nursing from West Virginia University but has discovered her passion for writing. Since her first published article in 2010, she now has over a hundred and fifty published articles and devotions.

Harriet is a member of American Christian Fiction Writers and Louisville Christian Writers. Her book, “Prayer: It’s Not About You,”a finalist in the 2011 Women of Faith book contest, is set for release in September, 2015 by Pix-N-Pens Publishing Company.


Unlikely Merger 99 cents for only a few more days! Get your copy today! 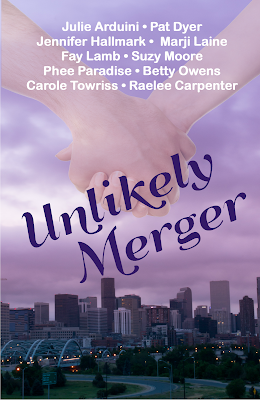