Unlikely Merger is now available and for a limited time,
it's FREE on Kindle!

We invited our authors to share some of their favorite summer recipes. Today's recipe comes from Carole Towriss, one of the chapter contest winners for Unlikely Merger.

Our three youngest children are adopted from Kazakhstan. The two girls are ethnic Kazakh, and our son is Russian, his family apparently moved south—courtesy of Stalin—sometime in the past.

While we were there to complete the adoptions we tried some of the native food, but they eat a lot of mutton and horsemeat, and they don’t eat dessert as we know it. We wanted to find at least one recipe from their native land for them enjoy, and we eventually settled on this one. It’s not hard but it does take a lot of time to make a decent-sized batch, so it’s a great one to make during the summer. It can be made with meat, but the sweet version is our favorite. 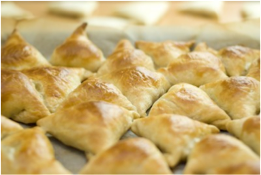 Mix all ingredients together and set aside.

DOUGH:
You can use any dough recipe you like, or cheat like I do and buy the premade kind.

Roll the dough out to about 18” square.  Cut into 2” squares.  Place a teaspoon of filling in each square and draw the four corners to the middle, or fold over to a triangle. Pinch to seal.

Traditionally these are fried, but that’s quite messy and adds loads of unnecessary calories and hours of time. I find them to be just as delicious when baked and far more healthy. So just place them on a sprayed baking sheet, and bake until golden brown.

Carole Towriss grew up in beautiful San Diego, California. Now she and her husband live just north of Washington, DC. In between making tacos and telling her four children to pick up their shoes for the third time, she reads, writes, watches chick flicks and waits for summertime to return to the beach. You can find her at www.CaroleTowriss.com. 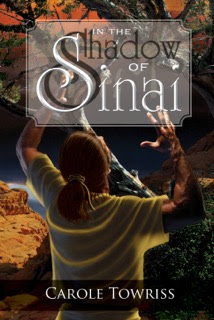 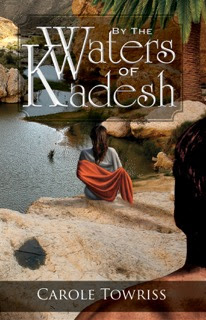 More from the Authors of Unlikely Merger:

Fay Lamb: Who Wrote Whom: Meet the Authors of Unlikely Merger: Phee Paradise

Jennifer Hallmark: Traveling with Others by Phee Paradise